Worthwhile reflection on the recent decision by the Church of England to allow woman bishops. A conclusive result for them. For many, agonising and deep angst over this and other divisive issues continues. I pray there will be an end, and we can get on with the real work of the gospel. Christ have mercy on us.

God and Politics in the UK 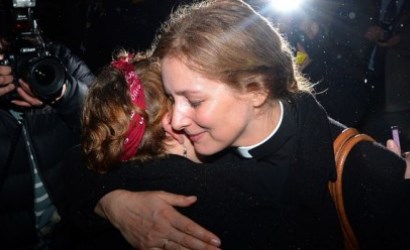 The history of the role and definition of bishops is a long and often turbulent one. From the beginning, Paul in his letters to the churches set high standards for his leaders:

‘Since an overseer [bishop] manages God’s household, he must be blameless – not overbearing, not quick-tempered, not given to drunkenness, not violent, not pursuing dishonest gain. Rather, he must be hospitable, one who loves what is good, who is self-controlled, upright, holy and disciplined. He must hold firmly to the trustworthy message as it has been taught, so that he can encourage others by sound doctrine and refute those who oppose it.’ (Titus 1:7-9)

Interestingly though, when Paul talks about the order of positions within the Church in his letter to the Corinthians, he places apostles first, prophets second and teachers third. This was all about mission as the Gospel spread rapidly throughout the Roman empire.

During the life of Paul and…